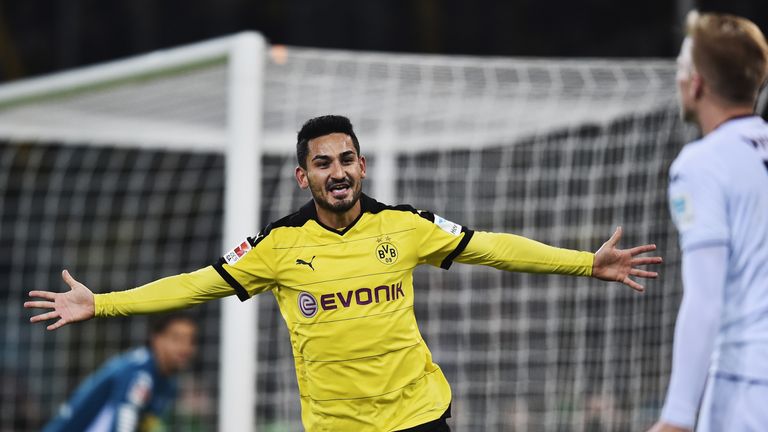 Gundogan, was earlier reported by Sports Mail in March this year as been eager to join up with Pep Guardiola as he takes over at the Etihad. His decision has been hardened by City's continued show of support following his recent knee injury.

Man City and Dortmund are close to agreeing a £19.3million fee with bonuses to follow based on appearances. Gundogan is due back from injury around September.

On the other hand, Rulli, 24, has been followed by City for over three years and Guardiola wants to bring him in this summer as competition for England's Joe Hart. The latest StanJames betting suggests that there is a greater chance of City landing Gundogan than Rulli, but they are hopeful of pushing both deals through.

Rulli is Argentinian but has an Italian passport. He is on loan at Sociedad from Uruguayan club Deportivo Maldonado and has attracted interests from fellow Spanish clubs including Barcelona and Valencia in recent seasons. Willy Caballero is expected to leave this summer while Richard Wright will be handed an academy coaching role.

Man City had considered an ambitious move for Goalkeeper Marc-Andre Ter Stegen at Barcelona but the German wants to stay and Barcelona were reluctant to sell for less than £40m, even if they were to consider the offer.