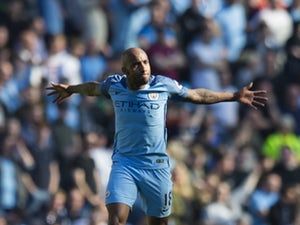 Mendy came to the club from Monaco for just over £ 50 million, and he has become one of the world’s most expensive defenders. He has been a crucial factor behind City making an excellent start to the season, which only improved after a 1-0 win over Chelsea at Stamford Bridge. This was a mightily impressive result, as City dominated from start to finish.

The goal from Kevin De Bruyne, who was playing against his former employers, was enough to seal a victory in this game. Due to the several injury absentees, manager Pep Guardiola had to go in with a unique team with several players playing out of position. One of those names was Fabian Delph, who was playing in the left side of the defence despite being a midfielder by trade.

Chelsea, though, were left to rue the Atletico Madrid match just a few days before this game, while City had the luxury of resting players for three full days ahead of this game.“Winning here is huge, massive. We knew coming in it would be our toughest game yet this season. We had a game plan and we stuck to it and come out for three points. That performance was for our team-mate, Benjamin. He sent us a message before the game and we knew we had to do it for him. That win is for you big man,” said Delph.