New Manchester City attacker ErlingHaaland gave Premier League fans a dose of what to expect in the new season when he scored twice to lead Norway to a five-goal thriller during the win at home to Scandinavian rivals Sweden. The two teams are in Group B4 alongside Slovenia and Serbia. Haaland found the back of the net twice during the game to lead his team to a 3-2 home win over Sweden. 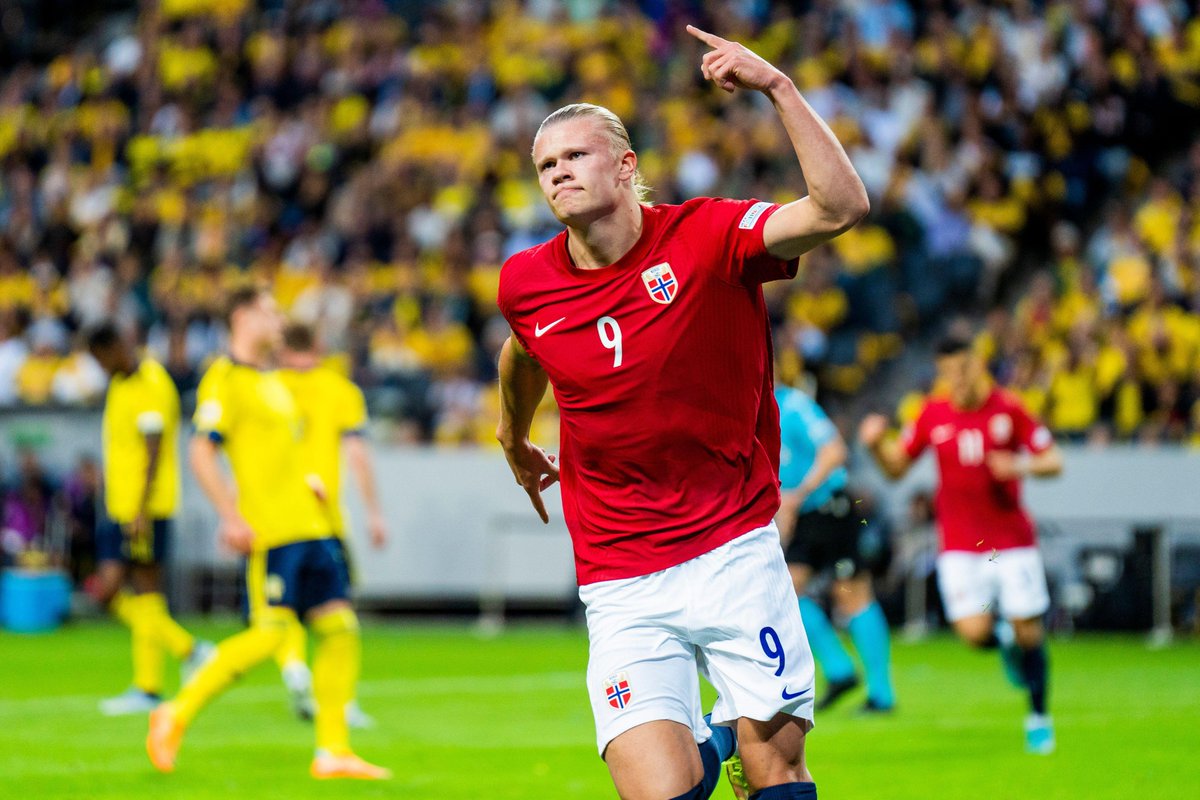 Manchester City have moved to strengthen their attack this summer with the statement signing of Haaland from Borussia Dortmund in the German league. The Citizens paid €60m (£51m) to secure his transfer from Dortmund this summer. He was unveiled as a Manchester City player earlier this week.

Haaland has been in sensational form since the current UEFA Nations League campaign startedwith the new Manchester City scoring five times in four games to lead his country to the top of Group B4. His form has taken Norway three points clear at the top of the group with two games to play. To this effect, the Norwegians are on course togain promotion to League A. They need four more points from the last two matches to seal promotion from League B to League A.
New Manchester City player Haaland scored the opening goal on 10 minutes. His goal gave Norway a lead at the half-time break. Haaland doubled the lead from the spot nine minutes into the second half. Emil Forsberg pulled one back for visitors Sweden on 62 minutes before Real Sociedad attacker Alexander Sorloth scored for Norway to regain their two-goal lead. Coventry City star Victor Gyokeres came off the bench to pull another goal back for Sweden in the fifth minute of stoppage time, but it was too little too late for the Swedish team to salvage a point from the game.