Manchester City are internally confident that teenage talent James McAtee could play first-team football next season, with the midfielder currently impressing out on loan with Sheffield United. According to the Manchester Evening News, there is a growing sense amongst those at City that McAtee could make the step up next season and play regular football at a Premier League level, with the youngster experiencing his first taste of the senior game this campaign out in the Championship. 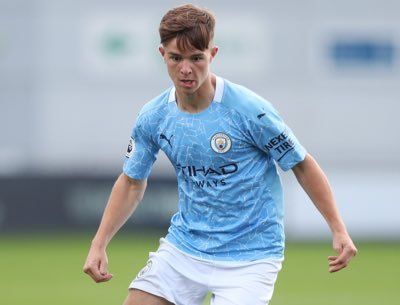 McAtee is regarded by many as one of City’s most exciting academy talents, with the midfielder last season making his professional debut for the club and drawing praise from the likes of Joleon Lescott and Gary Neville, with Pep Guardiola also labelling the England youth international as ‘exceptional’ as per the Manchester Evening News.

With McAtee starting to become more involved with Sheffield United, there’s a good chance that the 19-year-old could explode onto the scene this season if he begins to find his rhythm in the Championship, and for City, this could be huge for the youngster’s development. Indeed, playing regular football as early as possible is key for any young player’s development, and for McAtee, a good season with the Blades will likely open the door for a role with City’s first-team next year, with many supporters of the Manchester side confident in the midfielder’s abilities and potential.
With Cole Palmer starting to break further into Guardiola’s side and Phil Foden one of the best players in the country, McAtee could complete the trifecta if he establishes himself with City next season, yet the youngster first needs to start putting up the numbers with Sheffield United. McAtee’s first real taste of senior football will be a huge learning curve for the England youth international, yet if the midfielder really wants to succeed at City, then the youngster must first make playing in the Championship look like a walk in the park.