Speaking ahead of the Champions League tie versus Basel, Guardiola said:"No. It's completely different players, the players in the past won a lot. We are nil, most of us. We are new here. Now we can say we have won one title but it is not comparing, so no.It's not good for us to be compared with that team. That team has dominated for the last decade, 15 or 20 years with different managers and different players.”
Tags:
Manchester City

The man in charge of Everton’s managerial job, Ronald Koeman believes Manchester City are capable of defeating Barcelona, but if a very vigilant care is not taken, they can be quickly punished at every chance they give away.

Koeman's men visited Pep Guardiola's side in a 1-1 draw in the Premier League on Saturday. The narrow one point snatched from the visitor extended City's winless run to three matches ahead of their journey to Barcelona in the Champions League group-stage clash.
Tags:
Manchester City

Manchester City finished the 2015-16 season with only the League Cup title and chief Khaldoon Al Mubarak claims that the club are extremely disappointed with the campaign. 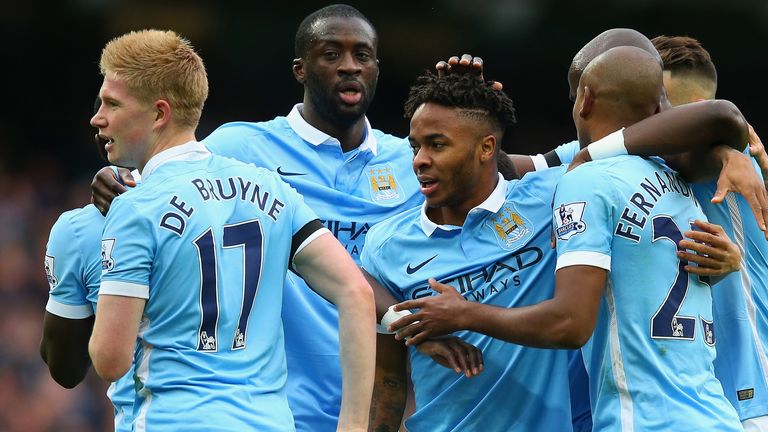 It was also the final season for Manuel Pellegrini, who stepped down in order to allow Pep Guardiola to take over as the new manager of the club.

Since coming from Spain with a reputation of winning titles with low budgets, Pellegrini was an instant hit after winning the league title in his first season. However, inconsistent form with regard to domestic football and the inability to perform at the European level were a major contributor towards his exit.

After beating Paris Saint-Germain in the previous round, Manchester City will have to face Real Madrid in the semi-final.

This is the first time in their history that they will be participating at this stage of the Champions League, and their manager has acknowledged that this is a step forward for the club.

The arrival of Pep Guardiola to Manchester City is something that has excited the supporters of the English club but the departure of Manuel Pellegrini is not something that is easy to take in.

Pellegrini’s reign in Manchester City started off back in June of 2013 and he has earned the trust as well as love of the supporters of the club and this is why seeing him leave is something that they did not want to happen.

Manchester City have had some great results against top teams like Manchester United this season, but they have struggled against some of the smaller clubs.

City dropped yet more points at home to a team from the lower half of the table. Earlier in the season, they suffered a defeat against Stoke City and now they have dropped two points against Burnley.

Former Liverpool defender Jamie Carragher has stated that Manchester City manager Manuel Pellegrini should deserve the credit for transforming this team into a winning outfit. Pellegrini was appointed as a replacement for Roberto Mancini in the summer. He is now set to win the league title in his debut campaign with the club. The club has already added the League Cup to its trophy cabinet. Pellegrini has not always been the most entertaining manager in terms of mind games, but Carragher says that he has made it count where it matters most – on the pitch.

Just becauase Manchester City have paid £24m for you, and you earn a salary of over £150,000 a week, doesn't mean that you will be able to dress yourself!

Mario Bibotelli struggles to work out exactly where he should put his head and each arm when he is asked to put a bib on. Ridiculous!